African Community Leader Claims Nurses are Being ‘Bullied’ into Working 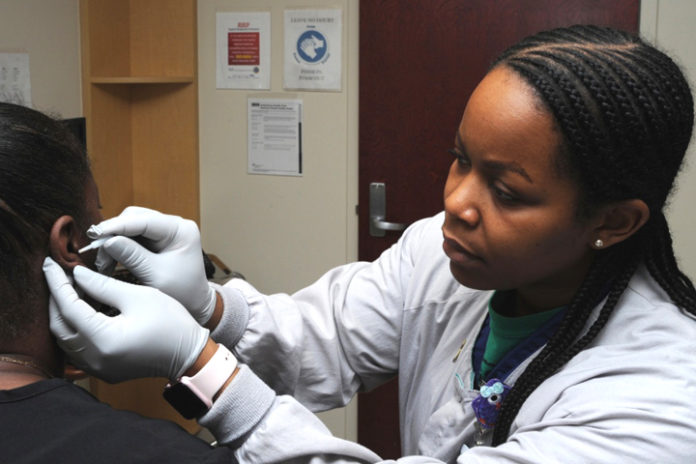 Nurses who are members of the African community have been “bullied” into going to work despite their disproportionately high risk of contracting coronavirus, according to claims by a community leader. Patrice Musarurwa, the 45-year-old director of African Community Nottingham (ACN), has voiced his outrage at reports of members being pressured into working despite concerns over their health, and some even demonstrating symptoms.

ACN have been helping members of the African community in Nottingham of all ages who need support during the lockdown. According to Patrice, told of the concerns raised by members within the group who are nurses or work for agencies, who felt like they were being bullied into working. Patrice said, “people are under a lot of pressure and are getting assurances that there’s going to be PPE and all kinds of support, but our people are the ones dying the most. People are pushing a lot of hours and are really scared for their health but feel like they have to work.” The 45-year-old described how the nurses and agency workers who are being employed to work in care homes, become the most affected. Some of the members have expressed concerns over their job security if they do not turn up for work, he lamented.

Mr. Musarurwa further added, “we understand bosses are under a lot of pressure to take care of people in their homes but when one of us comes and says we don’t want to come into work because we don’t feel well, they risk losing their jobs. The African person does not have the liberty to stay at home and self-quarantine, and many black people don’t have the pleasure of not going to work as well”. He further revealed that many of these workers are living in rental properties and their landlords still want their rent paid, even with the government saying landlords should freeze rent, there is still gas and electric bills to pay. The situation has become severe for some in the community, which prompted Mr Musarurwa and members of the community to team up with Braai King, a Zimbabwean restaurant in Nottingham, to deliver free food to those in need.

The ACN also has strong ties with communities in their native countries across Africa and many of the members have family that they support in their native countries which serves as added pressure to continue working despite the health risk. “They don’t only live to support their lives here, but many of them are custodians of their families back in Africa while most agency workers worry if they will have a job at the end of this pandemic”, he concluded.